A Tribute to Mike Hankinson 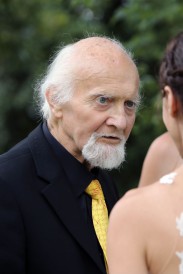 With the sad passing of Mike Hankinson Holmesdale has lost another lifelong stalwart both on and off the pitch.  With his health deteriorating over several months, Mike died peacefully in his sleep at the age of 87.

Mike leaves his wife Jean, brother Richard, as well as his son Alan and his wife Marieke and two grandchildren.

Mike attended Dulwich College where for two years he was a member of the 1st X1 Cricket team and also played for the school 1st XV at Rugby.

Mike carried out his National Service in the Army and reached the rank of Major.

On leaving the Army Mike turned his attention to education and for many years he taught at Chislehurst and Sidcup Grammar School.

Mike joined Holmesdale Cricket Club in the early 60’s and performed with great credit on a number of different levels.  He was a very accomplished left arm slow bowler relying more on flight and guile rather than great spin.  He was a dogged lower order batsman.

During the 1970’s Mike became central to the Clubs’s youth policy where for many years he devoted much time and effort to the running of the Colts section.  Many tributes have been forthcoming since Mike’s his death.  Here is one written by former member Peter Colman:-

“ I was one of those  colts from about 1974 to 1977. He ran the colts very efficiently and with humour and I have nothing but very happy memories of my time playing cricket under him.  There were no issues or incidents or unpleasantness in any of the matches and this was largely down to his approach and perhaps partly due to the gentler age we grew up in”.

“I have the fondest memories of Mike from when he ran the Juniors during the School Holidays in the 1970s.”

In 1984 and 1985 Mike captained the 4th X1 where once again he passed on his considerable skills and experience to young members some of whom were to become highly accomplished League cricketers.

He also made a significant contribution to the Club’s off-the-field activities. As with most amateur clubs, finding “volunteers” to hold office was something of a challenge - none more so than during the late 1980’s early 1990’s.  It speaks volumes that at this time Mike came to the fore.  Between 1989 and 1991 he was Treasurer and in 1990 and 1991 added Club Secretary to his portfolio. From time to time he could be seen wielding a “teapot” and could always be relied upon to “turn out” for pavilion and ground maintenance parties.

More latterly Mike came to Holmesdale for the “reunion” and his attendance can be best summed up by the words of former Club Captain Richard Watters:-

“It was always good to see Mike each year at the Holmesdale Cricket Club Vice-Presidents and Old Players’ Lunches.  He came with a friendly handshake and a generous smile.  We had enjoyable chats and he attended most of the lunches.  Mike was always polite and generous with his thanks – a gentleman in his behaviour. I believe he was both proud and pleased to be a part of our group of old players and he always left with a smile on his face.”

And that is how we should remember Mike – a Holmesdale man through and through and a loyal and long-standing member who made a significant contribution to the development of the club over many years.  He will be greatly missed.

A Tribute to John Breething 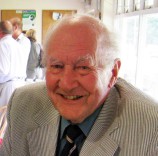 John Breething, one of Holmesdale Cricket Club’s longest serving and distinguished members has died at the age of 92.  During his time at the Club he held a variety of positions ranging from player to Assistant Secretary to Chairman, to Trustee and Vice-President.  In doing so he followed in the footsteps of his father Harold who had held similar positions between to two World Wars.  For over 100 years the name of Breething was synonymous with Holmesdale and everything that was good about club cricket in the County and beyond.

John attended Sevenoaks Preparatory School and Sevenoaks School and it was there that he first met and became friends with John Lark, a friendship that was to last a lifetime.

As a schoolboy John enjoyed a reputation as a fine cricketer and athlete.  National Service in the Army enabled him to pursue this and other sporting activities, in particular in track athletics where he represented the Army in the 800 metres.  But Holmesdale was never far from his mind and he returned to play as often as his military duties would allow.

Following National Service, John embarked upon a career with Sedgwick Collins later to become Sedgwick Forbes, a major Insurance Broker in the City of London.  He remained there for his entire career reaching the senior and well-respected position of Administration and Personnel Director.   By now John was able to focus more fully on Holmesdale and in 1947 at the age of just 21 became Assistant Secretary.  He also became a regular in the 1st X1 as an early photograph taken in 1950 shows, see below. On retirement, John worked on a part-time basis for John and Robert Lark’s Insurance firm.

John earned a reputation as a fine all-rounder and continued to play with great distinction for the Club through the fifties and sixties.  He witnessed first-hand as the club went from strength to strength and watched as the ‘Dale became one of the finest Clubs in the County.  Entry into the newly formed Kent League and winning the League in 1979 were particular landmarks in the Club’s history.  By now the Club were running 3rd, 4th and even 5th X1’s and John was able to pass on his considerable skills and experience to many younger players making their way through these sides.  Several had much to thank John for, as they went on develop into fine players.

John was Chairman between 1975 and 1980 where his people skills and sound administrative experience were there for all to see.  Between 1974 and 1985 John was a Trustee of the Club and more latterly he was elected as a Vice-President.

Whilst recently recounting his favourite cricketing memories to long time and special friend Brian Sedgwick, John was able to relate the following:-

Playing against Seal St. Johns in the evening Clark Trophy competition, Holmesdale were all out for 86.  With 3 balls left, Seal were 86-6. John Breething was bowling and said “something special was needed.”  Two wickets in two balls followed.  One ball remaining and one run required. As John reached the wicket to bowl, the backing-up batsmen was already off down the pitch, so John ran him out at the bowler’s end! With the last ball still to be bowled, the last man was out LBW and the match was tied!  John also said afterwards that he hoped he would not do such a thing again and he never did.  John recalled that Holmesdale won the replay!

In the early 1980’s John joined Ide Hill Cricket Club to once again meet up with long time friend and Holmesdale colleague John Lark.  As already mentioned, the pair had first met at Sevenoaks Preparatory School.  A photograph taken in 1938 and recently published in the Sevenoaks Chronicle shows the pair of them in the School Football team.  Both went to Sevenoaks School, both played with great distinction at Holmesdale, both had been Chairman, Trustees and Vice-Presidents and both worked in Insurance.  Remarkably, all of these positions had been held by their respective fathers Harold Breething and Roger Lark.  From time to time they were joined by Keith Perks another former Holmesdale regular.  Imagine if you will, the scene in the Cock Public House as the three of them discussed, over a pint or two of Kent’s best bitter, the state of Kent Cricket, the selection of the latest England Test side and dare I say the merits of one day and twenty- twenty cricket.  It will never catch on you know!  Tales of runs scored, wickets taken and catches dropped. If only the walls of the saloon bar could talk.

John remained at Ide Hill for many years initially as a bowler, but more latterly turned his attentions to opening the batting until he was over 60!  One long time member of the club recalled John with great fondness in the following terms. “He was the sort of person who, despite the villager’s natural insularity, everyone really enjoyed his company both on and off the field.”

During this time John maintained close links with Holmesdale and after hanging up his boots and pads became a regular spectator at Montreal Park. He attended the annual Vice-President’s lunch, a firm fixture in the club’s calendar and one which provides a wonderful opportunity for many “old boys and girls” to reminisce of the glorious days of yesteryear.  John was able to cast his eye over the development of two of his grandsons, Toby and Dominic May.  How proud he was when both moved through the ranks of the Juniors to become accomplished 1st X1 players.  He also saw Toby pursue an outstanding rugby career playing in two Varsity matches, scoring a try in one, almost immediately in front of grandad John on the hallowed turf at Twickenham.  A spell at Cornish Pirates was followed by a move closer to home with Tonbridge Juddians.   He greatly admired the achievements of daughter Teresa as she gained international recognition in the world of athletics.

John was a true gentleman in every sense of the word.  He was a man of great wisdom.  He was a placid man who rarely, if ever, found the need to raise his voice. He was a loyal man of great humility who possessed a sharp wit and a subtle sense of humour.

But more than anything he was a loving husband, father, grandfather and great grandfather.

He will be sadly missed.

A Tribute to Frank Kemp 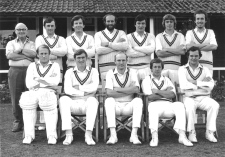 ECB today paid tribute to former colleague Frank Kemp, who sadly passed away over the weekend.

A champion of recreational cricket, Frank held the position of Head of Operations for Non First-Class Cricket for a decade from ECB’s inception in 1997 through to 2007.

Frank helped lay the foundations of the organisation and was instrumental in raising standards across the recreational game, including with the introduction of the Premier League system, bridging the gap between recreational and first class cricket.

He was one of the driving forces behind the ECB Clubmark accreditation scheme, which recognises clubs for being well-run, sustainable, and providing the right environment for its members.

Frank also helped to put in place important guidance for the use of helmets and developed the ECB’s first child safeguarding procedures.

He was known as an inspirational junior coach at Teddington Cricket Club, setting up their junior section, alongside an involvement in Kent’s pathway programme.

John Pickup, former Board Member and Chairman of the Recreational Assembly, said:

“Frank’s legacy to the recreational game lies in his setting up and supervision of the Premier Leagues. An exacting task at the time but one which he carried out with characteristic determination, persuasion, tact and efficiency. He was a true servant of the game.”

“He was the architect of that new relationship - a very difficult job which he handled with great skill and patience.

“On a club level, at Teddington, he was the creator or the junior section which is now the thriving heart of the club.

“He was a huge evangelist for the sport and a fantastic man of cricket who was recognised all over the country, always with a smile. He will be greatly missed by all who knew him."